Recent trials offer cautious optimism on the role of medicinal cannabis for children with refractory epilepsy or epileptic encephalopathies. Epilepsy Queensland supports the need for further clinical trials to establish the evidence base for effectiveness and safe use. 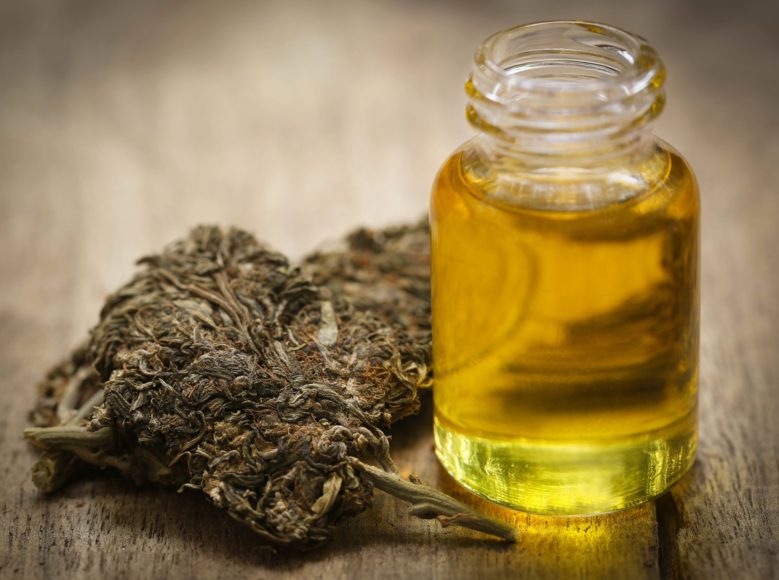 What is medicinal cannabis?

The term “medicinal cannabis” comes from the scientific name of the plant’s genus “cannabis”, and also refers to cannabinoids, which are chemicals found within the plant. These substances act on cells (receptors) in the body. There are over 100 cannabinoids in the cannabis plant. Two major components, which are the subject of current research, are Tetrahydrocannabinol (THC) and Cannabidiol (CBD). THC is the main psychoactive component of cannabis.

At present, scientific evidence for the use of CBD and THC in most conditions is limited, and does not support cannabis as a standalone treatment. The evidence suggests that when used in conjunction with other treatments medicinal cannabis may benefit some patients with specific conditions.

Evidence supporting the use of medicinal cannabis is strongest in the treatment of some childhood epilepsies. Where anti-epileptic medicines have not fully controlled the condition, a CBD product as an add-on treatment may improve quality of life for children and young adults under 25.

In addition to some types of epilepsy with severe seizures, current limited evidence suggests that cannabis may also be suitable to treat:

In 2016 Australian State and Federal governments responded to the calls from patients, families, their carers and clinicians for more effective therapies in uncontrolled epilepsy by introducing legislation to facilitate the introduction of medicinal cannabis as a treatment for epilepsies as well as in other conditions. Despite the legislative changes, access and affordability of medicinal cannabis remain an issue.

Medicinal cannabis is not a miracle cure for all circumstances and needs to be considered as an evidence-based treatment in relation to the individual patient’s condition and circumstances.

Most medicinal cannabis products are ‘unregistered products’ and thus do not appear on the Australian Register of Therapeutic Goods (ARTG).

If the Therapeutic Goods Administration approves a prescription medicine for supply, a patient with a prescription can acquire it through a doctor or pharmacist.

Currently, Australian patients can access medicinal cannabis through pathways available for unapproved medicines. In circumstances where patients need access to therapeutic goods that are not included in the ARTG, a Therapeutic Goods Administration approval is required in order for the medicine to be prescribed. The Commonwealth Department of Health manages the Special Access Scheme (SAS) and Authorised Prescriber Scheme (AP) that enable this access.

Another option to access may be if you meet eligibility criteria for current clinical trials (QLD).

Epidyolex® on the PBS for Dravet Syndrome

Australians living with Dravet Syndrome will have access to a medicinal cannabis drug, listed on the Pharmaceutical Benefits Scheme (PBS).

A release from The Hon Greg Hunt MP, Minister for Health and Aged Care states:

From 1 May 2021, Australians living with Dravet syndrome will have access to Epidyolex® (cannabidiol), a new treatment used in combination with at least two other anti-epileptic medicines on the PBS.

Epidyolex® is only the second medicinal cannabis drug registered for supply in Australia, and the first one to be subsidised by the Australian Government on the PBS.

Dravet syndrome is a rare, genetic epileptic encephalopathy that gives rise to seizures which don’t respond well to the standard medications. The disorder begins in the first year of life in otherwise healthy infants.

It is estimated that around 116 patients each year will benefit from the listing of Epidyolex®, who might otherwise pay more than $24,000 per year for the treatment. Instead, they will now pay only $41.30 per script or $6.60 if they have a concession card.

Epilepsy Queensland welcomes the announcement which will assist the affordability of this medication for a small number of people in our community. We do, however, encourage more investment in research into treatments for people living with epilepsy and further subsidies to improve the affordability of treatments for the epilepsy community. It is estimated that there are approximately 30,000 people living with active epilepsy in Queensland.

For more information speak to your neurologist, GP.

Any registered medical doctor in Australia can prescribe medicinal cannabis, if the doctor makes an evidence-based judgement that this is the appropriate treatment for their patient. Any registered medical practitioner in Queensland can prescribe medicinal cannabis for any patient with any condition if they believe it is clinically appropriate and has obtained the required Commonwealth and/or state approvals.

In making this assessment, the doctor will consider:

Because the evidence for medicinal cannabis is limited, it is usually only prescribed after known treatments have been tried and failed.

The responsibility and decision to prescribe medicines, including medicinal cannabis, rests with the patient’s doctor.

Research has shown that cannabis use has an effect on a person’s driving ability. Unlike alcohol, there is generally no applicable concentration of cannabis that can be identified as an indicator of impairment. It is illegal for any patient being treated with medicinal cannabis containing THC to drive while undergoing treatment.

Cost can also be a factor in whether a medicinal cannabis product is an option, as these products are not subsidised through the Pharmaceutical Benefits Scheme (PBS).

If a patient is at school, they can have the prescribed product administered at school in the same way as other medicines.

It should be noted that medicinal cannabis is often given as a twice-daily dose, and it is unlikely that a supply of the medication will need to go to school with the child.

Medicinal cannabis is not a “rescue” medication, and it would not be given in an emergency situation.

Interstate visitors who have been lawfully prescribed medicinal cannabis in another State/Territory can travel in Queensland.

Travelling internationally with medicinal cannabis products (even prescribed products) can be very difficult as it is a restricted product in many countries. Before booking or making travel arrangements, it is recommended that you contact the embassy or consulate in the country you are travelling to, as well as any countries you are transiting through as each country has varying regulations.

The above information and text has been abstracted from the Queensland Health and the Australian Government Department of Health Therapeutic Goods Administration.