Below are some examples of different epilepsy syndromes. 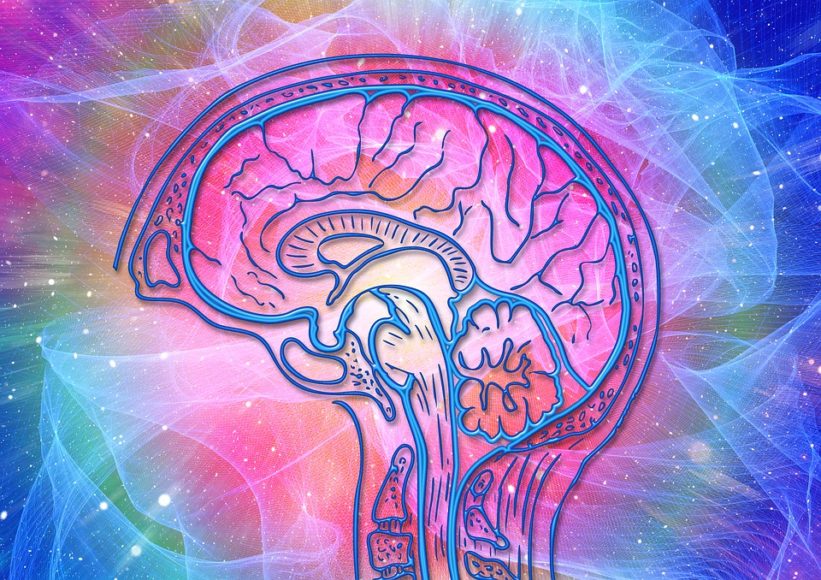 Temporal Lobe Epilepsy (TLE) is the most common form of focal (partial) epilepsy.  Seizures originate or involve one or both temporal lobes of the brain. Approximately 60% of people with focal epilepsy have TLE.

The temporal lobe is a region of the cerebral cortex on both hemispheres of the brain located approximately at the level of the ears. They are involved in the recognition and processing of sound, language and smells and play a key role in the formation of memory. There are two types of TLE: Mesial Temporal Lobe Epilepsy involves the medial or internal structures of the temporal lobe, whilst Neocortical or Lateral Temporal Lobe Epilepsy involves the outer part of the temporal lobe.

People with TLE may experience a diverse range of symptoms including:

Thoughts, speech, emotions and memory may also be affected. Often people find it difficult to describe these seizures and they may be associated with fear or anxiety. Frequently, seizures last up to several minutes with decreased responsiveness, and automatisms or automatic behaviour can occur.

The cause of TLE is largely unknown, however, evidence suggests head trauma, brain injury or prolonged febrile seizure/s in the early years are risk factors.

This type of epilepsy is characterised by focal seizures, generalised seizures in the second instance, or combinations of these. The types of seizures experienced depend on the area in the frontal lobes where the seizures originate.

The frontal lobe (the front part) of the brain is related to personality, memory, anxiety, alertness and awareness. In general, seizures arising in either of the frontal lobes begin suddenly, are brief, and end suddenly with very little confusion or tiredness afterwards. For some people, frontal lobe seizures occur only in sleep.

Frontal lobe seizures vary greatly in symptoms and presentation and may include:

In approximately 50% of cases, the cause of Frontal Lobe Epilepsy cannot be determined. The other half of the time, seizures are caused by abnormal brain tissue arising from:

Frontal lobe epilepsy is a common cause of focal seizures, however, is less common than Temporal Lobe Epilepsy (see above.) Seizures often can be well controlled with anti-epileptic medications (AEDs). Where medications are not effective, Vagus Nerve Stimulation or surgery may help.

Source: This information is abstracted from Epilepsy Foundation (US).

Gelastic epilepsy refers to a rare type of epilepsy in which the seizures are “gelastic.” “Gelastikos” is the Greek word for laughter.

The onset of gelastic seizures may occur anytime but typically begin before 3 – 4 years of age. Seizures usually start with laughter that is often described as being ‘hollow’ or ’empty’ and not very pleasant. The laughter occurs suddenly,  for no obvious reason and is usually completely out of place. This usually lasts less than one minute and is then followed by signs that are more usually recognised with focal seizures. These signs can include eye and head moving to one or the other side, automatisms (such as lip-smacking, mumbling or fidgeting of the hands) and altered awareness. This period may last for a few seconds to many minutes and then stops. People with Gelastic Epilepsy may also have other types of seizures either immediately after these gelastic seizures or at other times. These include tonic-clonic and atonic seizures (drop seizures).

There is a wide range of causes for gelastic seizures, and neuroimaging investigations (MRI) are often required to determine the cause. The regions of the brain in which gelastic seizures most commonly originate are the hypothalamus, the temporal lobes and the frontal lobes.

A very common cause of gelastic epilepsy is a small tumour in the hypothalamus. These tumours may be either a hamartoma or an astrocytoma. The majority of these tumours are benign.

If the child has gelastic seizures and precocious puberty (which means that they go into puberty very early- usually under ten years of age), then it is likely that the child will be found to have a hypothalamic hamartoma (a hamartoma in the hypothalamus part of the brain). Commonly, older children who live with gelastic epilepsy caused by this will experience learning and behavioural problems.

CAE is genetically-based and is characterised by brief episodes of staring with impairment of awareness and responsiveness. The episodes usually last about ten seconds but may last as long as 20 seconds and usually start and end abruptly. Sometimes the eyes may blink rapidly or roll upwards, or there may be minor twitching of the face. After the seizure, the child usually resumes normal activity as if nothing has happened.

Due to their brief nature and presentation, seizures may be mistaken for daydreaming or lack of concentration. Children who experience seizures frequently may encounter learning difficulties and misunderstand instructions resulting in inconsistent or deteriorating academic performance.

Firstline treatment for CAE is anti-epileptic medication (AEDs). Two out of three children respond to treatment and seizures usually disappear by late childhood or mid-adolescence.

GEFS+ is characterised by an initial period of febrile seizures during early childhood which may persist after the age where they usually disappear (six years). Sometimes these seizures continue into adult life. Afebrile seizures (seizures without fever) may coexist with febrile seizures or appear later in childhood. These may include the following types:

GEFS+ is usually identified when the doctor recognises the pattern of an individual child having febrile AND afebrile seizures and finds out from taking a careful family history that there are other family members with febrile and afebrile generalised seizures. GEFS+ is not uncommon but is often overlooked due to this need for a thorough family history to determine diagnosis.

Treatment is only required when afebrile seizures appear, as there is no good evidence that anti-seizure medications are useful for febrile convulsions. Treatment is also dependent on the types of seizures experienced by the individual.

GEFS+ has a genetic basis with several different genes causing the GEFS+ and clinical pattern. Some of these genes can also cause other clinical epilepsy syndromes, including Dravet syndrome and Doose syndrome.

Landau Kleffner Syndrome (LKS) is a rare and poorly understood form of childhood epilepsy. Onset of LKS usually begins between the ages of three and eight years of age and may develop slowly over many months or very suddenly.

The cause of LKS is unclear although genetic mutations have been identified in some children. The prevalence of LKS is also undetermined however it affects both males and females equally. Onset usually begins in children between two and eight years old.

A major feature of LKS is the loss of ability to understand and use spoken language. When it develops in young children who have not yet learnt to talk it may be mistaken for a developmental language disorder, deafness or autism. The inability to understand language eventually affects the child’s spoken language which may progress to a complete loss of the ability to speak. Many children with LKS experience attention deficit problems which may, or may not include hyperactivity, anxiety and aggression.

Approximately 75% of children with LKS have seizures and these typically occur at night (although infrequently). Seizures are most commonly focal seizures, but absence, atypical absence and atonic seizures have been reported. Myoclonic jerks which progress to focal seizures or generalised tonic-clonics may also occur. Often children outgrow the seizures and electrical brain activity usually returns to normal by the age of fifteen.

Source: This information is abstracted from Epilepsy Foundation (US).

Lennox Gastaut Syndrome (LGS) is a rare form of epilepsy, characterised by the onset of seizures in childhood, more than one type of seizure, (any seizure type can present) developmental delay/cognitive impairment and EEG abnormalities. (An EEG is a test that evaluates the electrical activity in the brain).

In approximately 70% of cases, the cause of LGS can be attributed as secondary to events such as brain malformation, injury or infection; metabolic or autoimmune disorders or genetic factors. In the remaining 30% of cases, the cause is unknown however emerging evidence suggests a genetic basis.

Children with LGS typically begin having seizures between the ages of one and seven years of age, although LGS can present in younger and older children. Approximately 3-4 %of children with epilepsy have LGS, and 1-2% of all people with epilepsy.

Typically multiple types of generalised seizures are seen including atypical absences, tonic and atonic seizures. Seizures are often frequent (multiple every day) and atonic seizures can result in falls and injuries (often children need to wear a helmet for safety). Sometimes seizures can be frequent but may not be obvious (called non-convulsive status) and all that is seen is a child becomes slow and less responsive, sometimes described as ‘like a zombie’. Seizures can be aggravated by sleep deprivation. Medications typically fail to control seizures fully.

Most children with LGS experience delays (or regression) in development and learning. This may not be seen in the first years of life but may become apparent after the onset of seizures. Early assessment and the support of early intervention services and therapy are important in a child with LGS because of the high risk of developmental or intellectual difficulties.

Source: This information is abstracted from The LGS Foundation.

Click here for more information from The LGS Foundation (USA)